[Part two of Biolab’s story. Part one is available here: Feeding others with love and care]

In 2010 Biolab was the promoter of the Vegetarian Festival. The event originated, almost by chance, from Massimo Santinelli’s intuition. He was always convinced that every company should offer an added cultural value to the territory surrounding it: on September 9, 2010, five thousand people flooded the area surrounding Biolab’s main office to take part in an extraordinary day, packed with scientific and cultural panels, entertainment and vegetarian and vegan cuisine. In 2011, the second Vegetarian Festival proved once again how good the founder’s idea was. The street where Biolab’s head office is located was renamed to “via dei Vegetariani”. 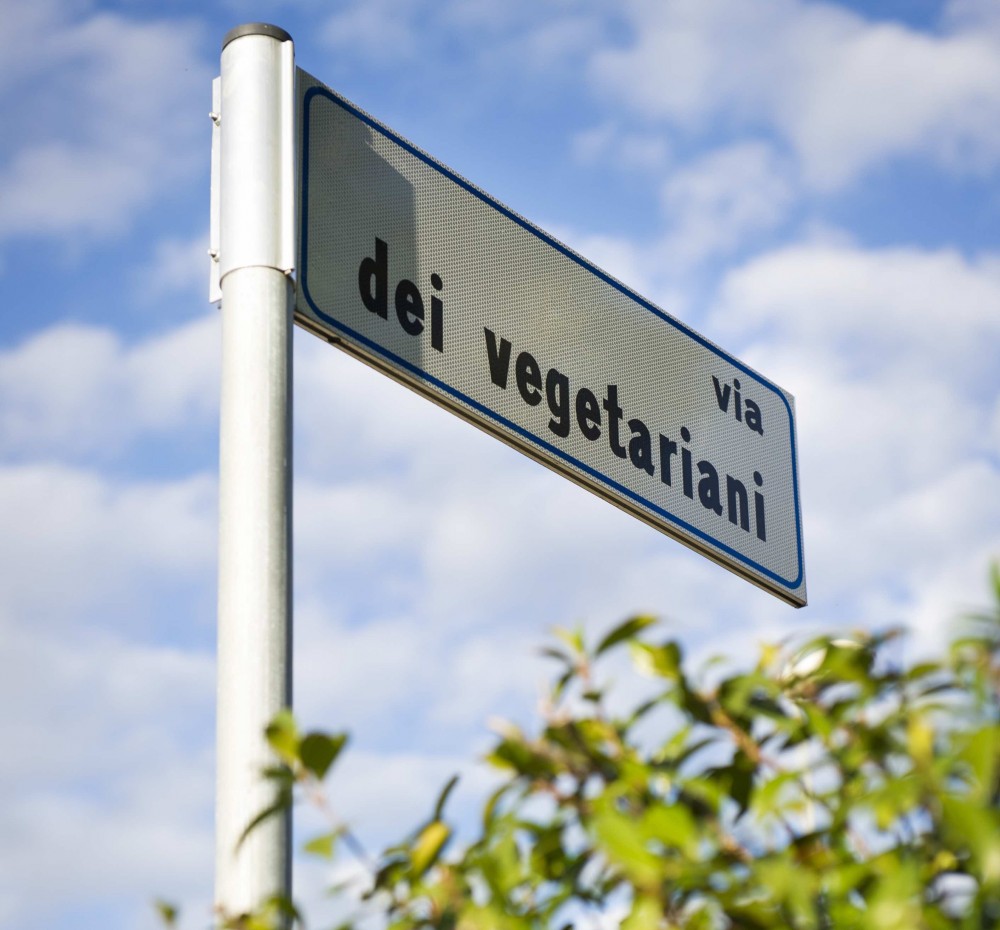 The 5 year project continued: the Vegetarian Festival was organized again in 2012 and 2013 over three days, and moved to the town centre, “invading” Piazza della Vittoria and the nearby streets for a weekend dedicated to green culture. In 2014, the innovative event changes locations again: this time it took place on the beautiful, newly renovated Gorizia Castle grounds. The staff, with help from a hundred volunteers from all over Italy, welcomed over 80 guest speakers that participated in 62 separate events, attracting over 30,000 visitors. 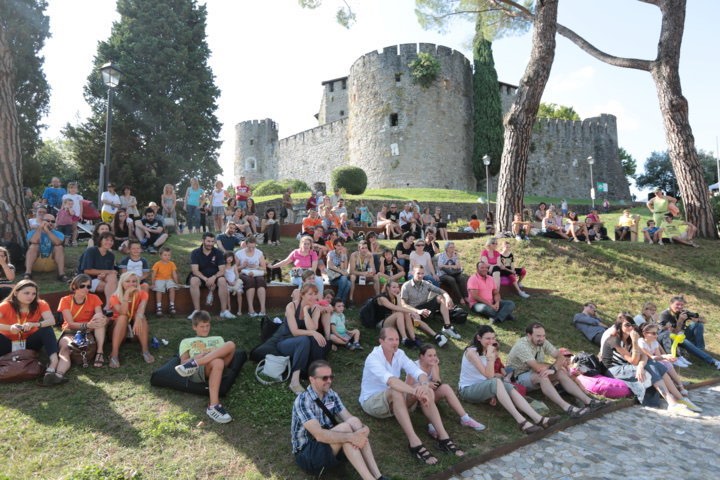 In 2013, Biolab’s turnover grew by over 60% compared to the year before. It is also the year that marks the beginning of export activities to the European market, starting from Germany, the European country with the highest consumption of organic foodstuffs.

As the market grew in size, production was increased. In 2014, Biolab opened a second plant, less than 200 meters from the head office building. The building, that was previously a carpenter’s shop, was modified and repurposed: no new plant was built and no unnecessary cement was used. The renovated and expanded tofu and seitan workshops are now hosted in this space. In the original building, the production lines were redesigned to be even leaner and increase production of the vegetarian and vegan ready meals that made Biolab a popular, recognizable brand: from the veggie bolognese to the veggie burgers, from cutlets to veggie balls, medallions and soy stew. 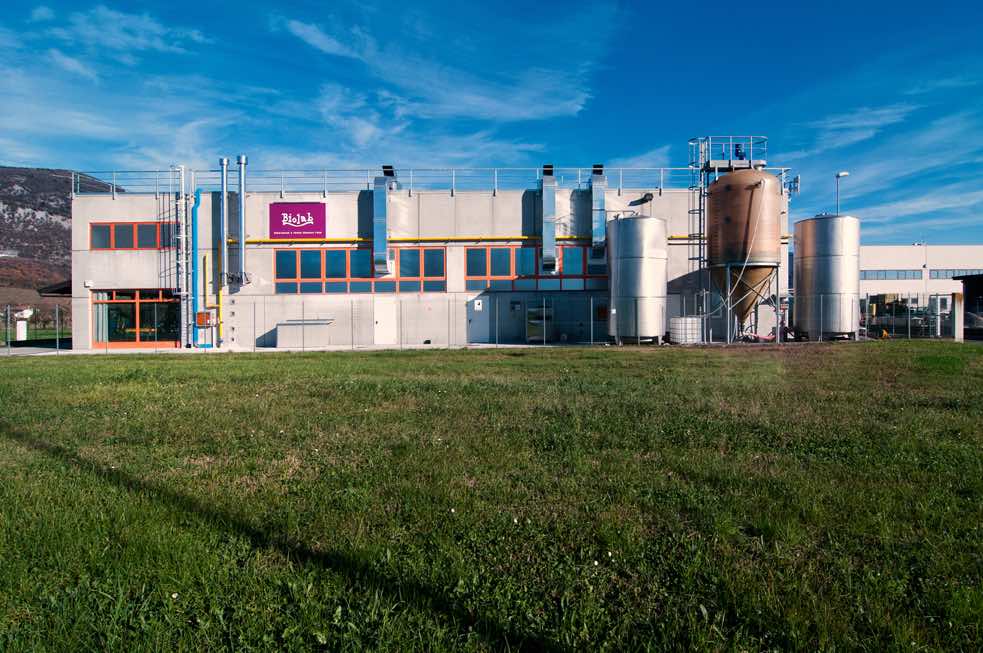 In 2014, Massimo Santinelli was elected in the board of directors of Assobio (Italian association of processors and traders for organic products): a task he undertook with commitment and responsibility, over twenty years from the start of his entrepreneurial activity in the organic sector.

In 2015, Biolab installed 80 solar collectors for hot water production on the roof of the new plant. It’s a strong signal that Biolab stands strongly for environmental protection, by saving power and enforcing several other best practices on a daily basis. 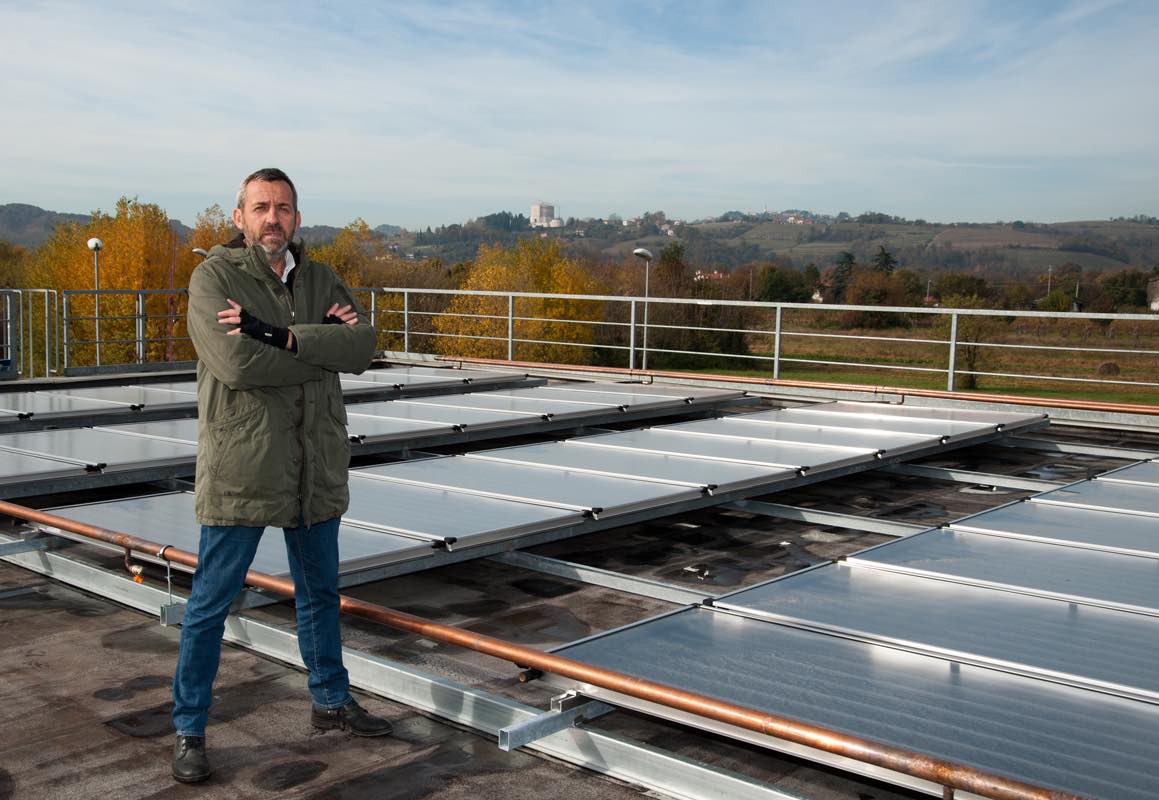 In 2015, the “Santinelli Gorizia” farming enterprise, founded a year prior by Massimo Santinelli and his sister Martina, planted the seeds of a long-term agricultural project: the organic farming of some of the ingredients that meet Biolab’s production needs. This way, a virtuous circle is created for the benefit of all, with a short supply chain and the purpose of creating, in just a few years, an integrated agrifood system, starting from the new farming enterprise up to processing at the food production plant.

A special area is dedicated to the farming of the Rosa di Gorizia radicchio, an exquisite, local product available only for a few short months in winter. Massimo Santinelli firmly believes in its promotion, as it is yet another way to add value to the area.

At the end of 2015, Biolab’s staff was around 70 employees. Future plans aim at consolidating the progress achieved so far: the R&D department is working on new products to satisfy the needs of customers that are becoming increasingly more aware and demanding, while the sales department works towards strengthening the export.